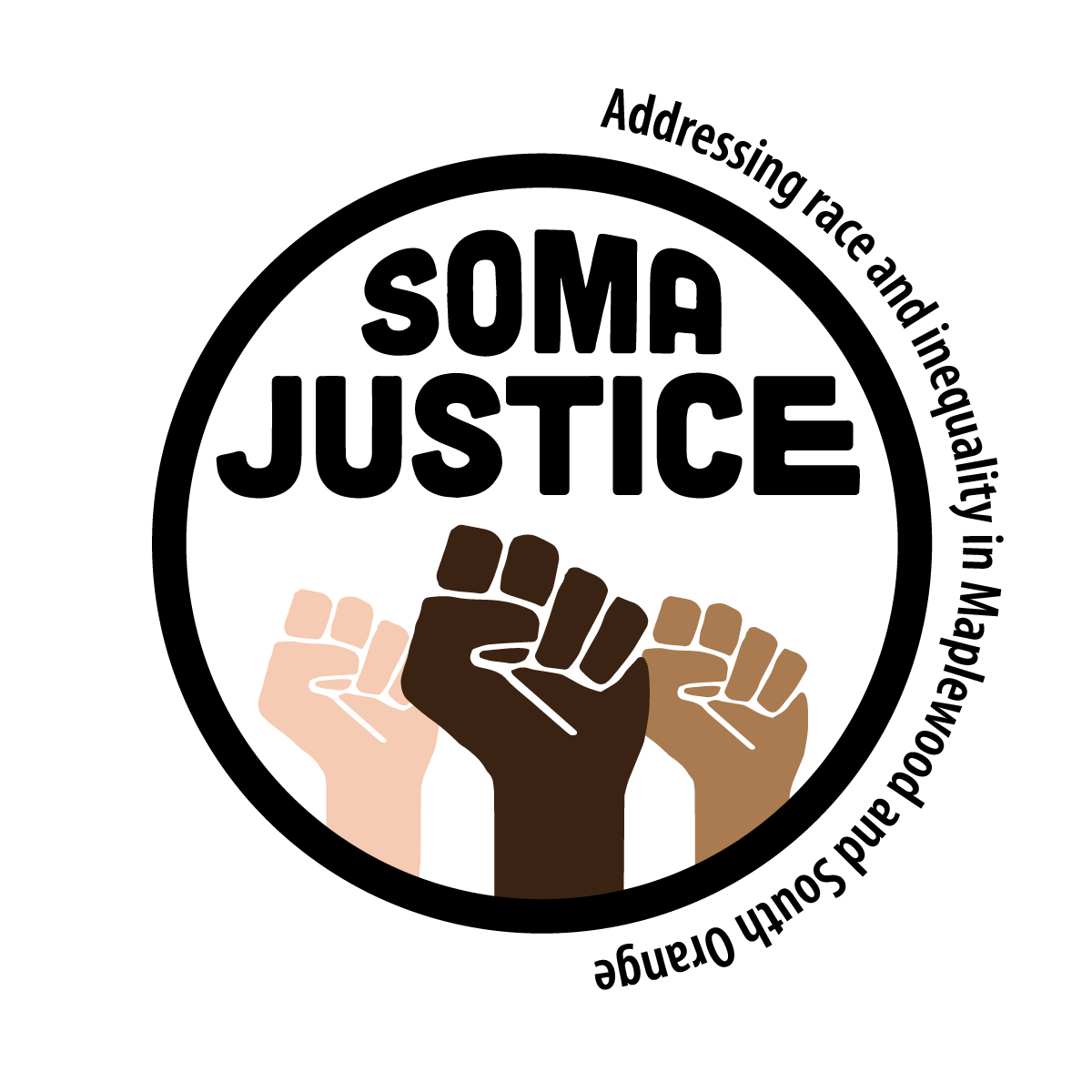 SOMSD Board of Education Elections 2021
Race and Equity Scorecard 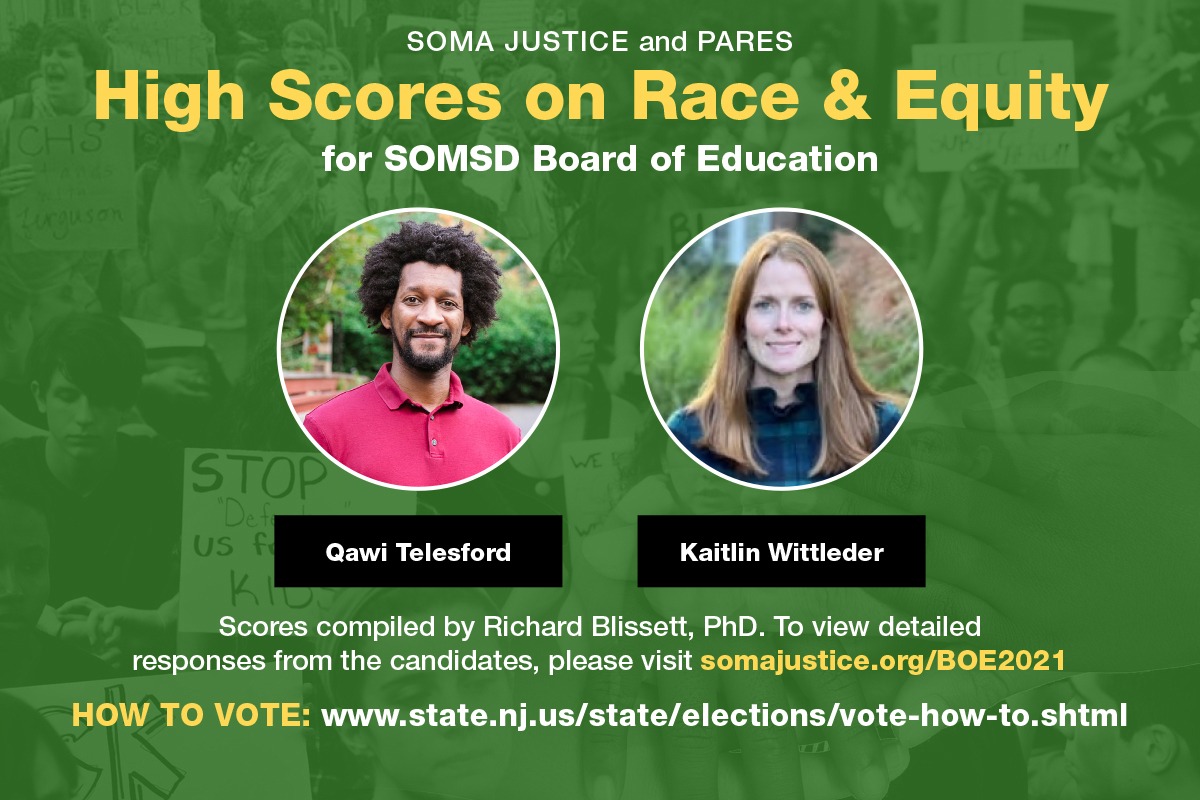 Congratulations to Qawi Telesford and Kaitlin Wittleder, the high scorers** on the SOMA Justice/ P.A.R.E.S. BOE Scorecard. Thank you to all candidates for demonstrating your commitment to equity in our schools by completing the scorecard.

This is the 5th year that SOMA Justice/ P.A.R.E.S. has published the BOE scorecard on Race and Equity. Candidates were given 2 weeks to answer 10 questions and their answers were evaluated by a team of independent evaluators and graded holistically. The questions addressed issues of inequity and safety in our district (particularly in regards to vulnerable populations, i.e., POC, queer, special needs, immigration, second-language learners, etc.).

Richard Blissett, PhD, faculty member at the University of Georgia, was sent the responses without names. The candidate answers were analyzed by an independent research team assembled by Dr. Blissett, who is not connected to SOMSD. The research team evaluated the answers from a lens of equity and inclusion and based upon the espoused values/principles (i.e., accessibility, fairness, anti-racist, gender and sexuality affirming, prioritizing restorative justice, innovative, research-based) of the groups sponsoring the scorecard (P.A.R.E.S. and SOMA Justice).

5 candidates are running for 3 open seats.

* Dr. Blissett’s team did see this candidate as being not quite as strong as the other highly ranked candidate, but the marginal difference was not enough to warrant downgrading to a B.
**The designation of high scorer or “Top Scorer” requires a B or above.

ADDITIONAL INFO ON PROCESS:
Richard Blissett, PhD, led the evaluation process. Richard is a faculty member at the University of Georgia in educational administration and policy, with a focus on educational politics and, especially, the politics of educational justice. The evaluation was conducted by Richard in coordination with his team of doctoral and undergraduate students who are all engaged in research on various issues in the politics of educational justice.
Prior to receiving the anonymized responses from the school board candidates, all members of the team reviewed and discussed information about the district as available online (including the posted Comprehensive Equity Plan) as well as the questions sent by SOMA Justice/PARES in order to familiarize themselves with the context. Upon receiving the responses, all team members were given one week to read the responses, during which they evaluated the candidates using a rubric that has been used in past years and recorded inductive notes on the major themes informed by his team’s work. The team then discussed the evaluations together in small groups, and then as a whole in a shuffled order. Richard’s team found that all of the small groups came to very similar conclusions about the relative evaluations of the candidates.

The rubric as provided is below.

Additional Commentary by the Evaluators:

Qawi : A clear sense of the research related to equity and disproportionality, ability to evaluate the research in relation to the context, has clear policy proposals, relatively more attentive to structural concerns and supports.

Shannon: Most of the response seemed focused on the actions of the board and not on the personal perspective of the candidate; indeed the board may have taken some useful justice-oriented actions in the past, but the candidate’s own orientation towards the work was very unclear.

William: Theory of action for policy proposals was unclear, discussion of inequality did not seem to be structurally oriented, expressed several perspectives that, beyond being inconsistent with modern discussions about injustice in schools, did not engage with that inconsistency to defend that perspective on analytical grounds.

SOMSD Board of Education Race and Equity Scorecard - 2020